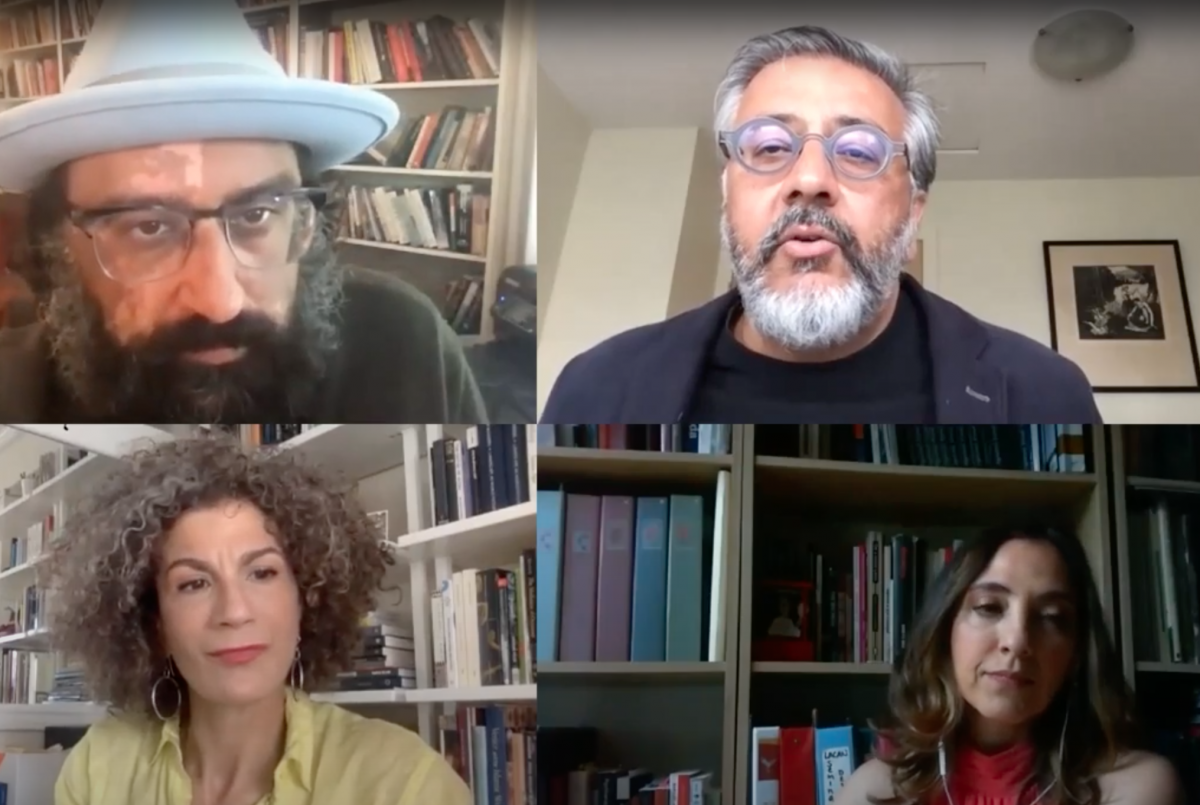 Co-sponsored by SFU’s Institute for the Humanities & SFU’s Vancity Office for Community Engagement.

This publication started as the Spectre of Fascism Free School, organized by Samir Gandesha and Stephen Collis and co-sponsored by the Institute for the Humanities and rabble.ca, at UNIT/PITT Projects (236 E. Pender St.) over a 9-month period in 2017.

The Free School aimed to open a discussion on the question of the extent to which what we are witnessing today is a return to classic 20th century “fascism” or some species of what Enzo Traverso, author of amongst other books, The Origins of Nazi Violence, calls “post-fascism.” The first session looked at theories and histories of 20th century fascism and authoritarianism, and the second session looked to more contemporary 21st century examples. Both sessions explored the practical responses to the global spread of authoritarianism.

From the United States and Britain to Egypt, India, Turkey and Brazil, fascist ideology, aesthetics and personalities are on the rise. Spectres of Fascism offers a framework to help us understand whether what we are witnessing today is best understood as a return to classic twentieth-century “fascism,” or some species of what has been called “post-fascism.” Applying a uniquely global perspective, it combines analyses of historical contexts, theoretical approaches and contemporary geopolitics.

Am Johal is Director of SFU’s Vancity Office of Community Engagement and the author of Ecological Metapolitics: Badiou and the Anthropocene and co-author with Matt Hern of Global Warming and the Sweetness of Life: A Tar Sands Tale.

Laura Marks works on media art and philosophy with an intercultural focus. Her most recent books are Hanan al-Cinema: Affections for the Moving Image (MIT, 2015) and Enfoldment and Infinity: An Islamic Genealogy of New Media Art (MIT, 2010).

Hilda Fernandez Alvarez  works as a Lacanian psychoanalyst in private practice and as a psychotherapist, registered with the BC Association of Clinical Counsellors, for a public institution (Vancouver Coastal Health) in Vancouver, Canada.

Samir Gandesha is currently Associate Professor in the Department of the Humanities and the Director of the Institute for the Humanities at Simon Fraser University. He specializes in modern European thought and culture, with a particular emphasis on the 19th and 20th centuries.